Over the six seasons, the soundtrack of Natsume Yuujinchou features plenty of piano against a warm, dreamy backdrop. This track, while maybe not as lyrical as the others, stands out to me because it was introduced in a pivotal scene in the season’s opening episode (appropriately dubbed by fans “the smol Natsume episode”).

Apart from the crescendos, the quintuplets throughout this piece demands constant attention because it is very tempting to turn them into sextuplets. 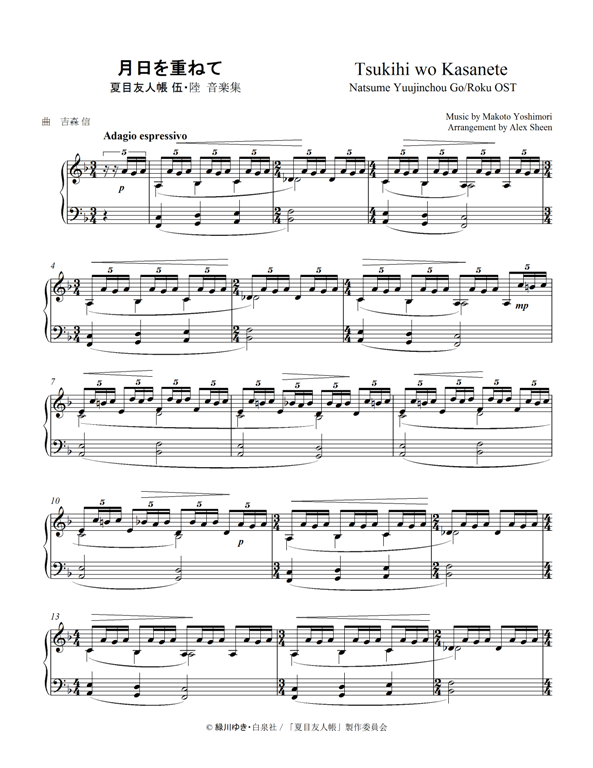 This is hands-down my favourite music from the combined soundtracks of Natsume Yuujinchou Go and Roku. After nearly a decade working with the series’ production team, composer Makoto Yoshimori has not ceased to create original, lovely melodies that transport viewers into the bittersweet world of the protagonist. As the track title, “A Breath of Spring” suggests, I believe this piece is best played to the vision of cherry blossom petals drifting in cool breeze.

To celebrate the success of the latest season of Natsume Yuujinchou Roku (Natsume’s Book of Friends, season 6), here’s Kimi woba Mata mu (君をば待たむ), one of the lovely incidental music composed by Makoto Yoshimori. For the fans, this track was prominently featured in the wedding scene at the end of episode seven.

More Natsume Yuujinchou arrangements to follow in the coming weeks! 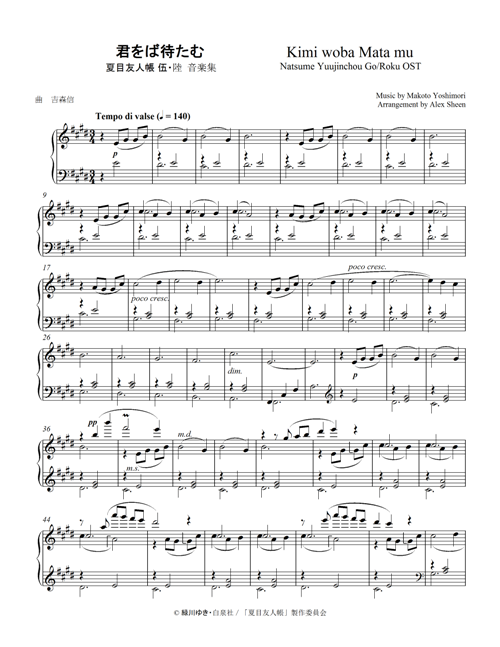