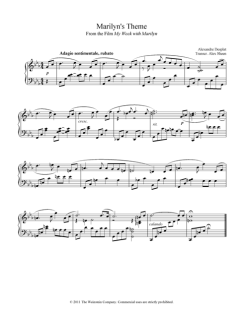 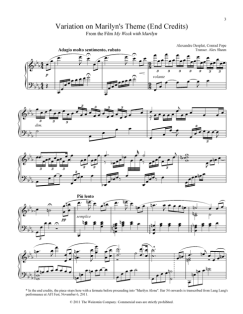 The short theme written by Desplat may sound like a simple piano piece on its own, but is at the same time emotionally-charged and fits in quite well with the portrayal of Marilyn Monroe. Because of the briefness and simplicity, I decided to take a day off from the HtTYD project to transcribe (N.B.! These are not arrangements) the piano solos from the soundtrack, in addition to the more lavish variation played by Lang Lang in the end credits.